The French group Veepee, which also owns Privalia, is renewing its leadership in Spain and appointing Anja Brehm as the new general manager for the country. The former commercial director for the market will replace Albert Serrano, who will take over the position of global sourcing director in Paris, as of July 1, 2022. 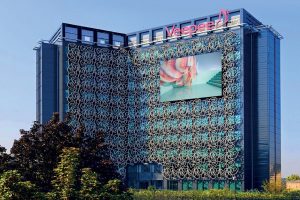 Anja Brehm joined the Veepee Group in 2010 as head of footwear and accessories. Two years later, she became sales director, a position she held until her appointment as country manager. Previously, she was head of purchasing at the Inditex group and worked as product manager at G+J Spain.

For his part, Albert Serrano has served as CEO of Veepee in the Spanish market since 2016. He worked as the head of Privalia in Mexico after being part of the management team of the Brazilian subsidiary and, previously, he was a strategic consultant at Daemon Quest. Going forward, he will be global sourcing director, a position that is part of the company’s executive committee and is based in Paris.

Veepee was born in 2001 as Vente-privée, but changed its name in 2019, three years after buying the Spanish Privalia. It is now present in 10 countries, has 5500 employees and, according to its figures, recorded €3.2 billion in consumer sales in 2021.