Silbon has consolidated its organizational structure with two key appointments: María Jesús Martín Fernández, former director of Scalpers Woman, has joined the company as head of its women’s line, and María García Sánchez-Arévalo as the new sales director. 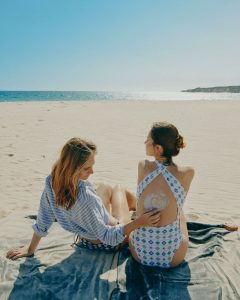 Both have joined the management team in recent weeks. For her part, María Jesús Martín Fernández worked from 2018 until the beginning of 2022 in the women’s division of Scalpers, launching the line and opening more than a hundred points of sale in Spain and Mexico.

Her goal at the helm of Silbon Woman will be «to become the brand of reference in a traditional segment, offering a collection with good value for money and taking care of the details, design, color and production,» she said.

In parallel, Silbon’s new commercial director, María García Sánchez-Arévalo, has almost a decade of experience and her career has been linked to the Inditex group. Between 2017 and 2021 she was area manager for Massimo Dutti in Mexico and previously worked for franchisees of the Galician group, also linked to Latin American markets such as Panama, Ecuador or Colombia.

«It’s very exciting to be part of such a pampered project, the result of the effort and dedication of a young and qualified team, and in which the physical store continues to have great prominence. This allows us to have a direct and personal relationship with our customers, while always working on omnichannel,» said the executive.