Silbon’s children’s line is growing. The Andalusian brand, in full expansion phase, has boosted its Kids division with the opening of its first stand-alone corner in El Corte Inglés de Nervión (Seville). 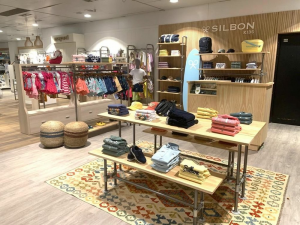 The company plans to continue promoting this format with a second opening in Cordoba after the summer and, if its performance is positive, to expand the commercial network of this line with new exclusive points of sale.

This is the same strategy that Silbon will replicate for its women’s division, which just a few weeks ago launched its own commercial model also in El Corte Inglés de Nervión.

The brand was born in Cordoba in 2010 focused on men’s fashion and it was not until 2018 when it entered the children’s closet. For the arrival of its first collections for women it was necessary to wait until last 2021, the same year in which its home line was launched.

Silbon is currently in a period of growth with a view to reaching 25 million euros in sales in 2022 after having closed 2021 with 18 million euros in turnover. To reach that goal, one of the pillars of its strategy is its retail development: this year it will add a total of 15 new commercial spaces to close 2022 with 46 points of sale.