After two seasons of reduced-format editions (in number, size and duration), Pitti Uomo hopes to return in June to its former splendor. It is true that this one hundred and second edition of the benchmark men’s fair, dedicated to the spring-summer 2023 collections, will not reach its pre-pandemic level of attendees and exhibitors, but it promises a good program, resuming a total of four days (instead of three), from June 14 to 17 in Florence, with a unique event, no longer associated with Pitti Bimbo, expecting more than 650 exhibitors and 15 000 visitors. 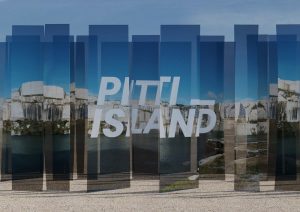 To celebrate this return to normality, Florentine organizer Pitti Immagine chose the island theme, inviting men’s fashion players to embark on Pitti_Island, because «we are still in a transitional phase,» as CEO Agostino Poletto explained during the presentation press conference.

«The island is also the place where we arrive after a long journey. We stop there to recharge our batteries. It is a place of encounters and exchanges, where we fill ourselves with images and new discoveries, before leaving,» he said.

«More than an island, this Pitti Uomo will be first and foremost an archipelago of styles,» he said.

«There we will find most of the usual names of the show, such as traditional brands, but also a hundred new names, in particular smaller and niche realities. It highlights the growing presence of lifestyle brands offering accessories and products around the male universe,» he added.

So far, 640 companies have confirmed their participation (compared to 338 last June and 548 in the January edition), of which 38% are foreign. As for the buyers, according to the organizers, the main international retailers will come to Florence in «a spirit of great enthusiasm for the revival», including La Samaritaine and Galeries Lafayette (France), Bergdorf Goodman, Bloomingdale’s (USA), Lane Crawford (Hong Kong), Browns, Liberty (England) or MyTheresa (Germany).

The show also resumes its special projects in the city during this summer session, outside the fairgrounds. Although it had to cancel its event last January due to the pandemic, Ann Demeulemeester returns as guest of honor. Her brand, bought in 2021 by Milanese entrepreneur-retailer Claudio Antonioli, is in the midst of a renaissance. It will be the opportunity for the founder to make a retrospective of her journey, through a special installation with a selection of her most beautiful archival pieces, which will be unveiled on Wednesday, June 15 at the Stazione Leopolda.

The day before, on Tuesday 14, Pitti Uomo organizes a performance fashion show in a former palazzo with its special guest Grace Wales Bonner. The interesting and talented British designer of Jamaican origin works in particular on the richness and diversity of black culture. Finally, another fashion show is planned with the Danish brand Soulland, which combines design, research, craftsmanship and the world of skateboarding. Founded by creative director Silas Oda Adler and CEO Jacob Kampp Berliner, the brand, which celebrates 20 years this year, is known for its minimalist garments and collaborations with artists and premium brands. 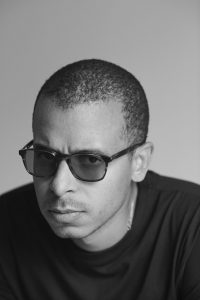 Added to this is the section dedicated to Scandinavian fashion «Scandinavian Manifesto» and a space focused on Ukrainian fashion talents. Pitti Uomo had already invited this country in 2014, as part of its «guest nation» program. Given the war raging in Ukraine, the Florentine organizer has sought to lend its support by putting the spotlight on seven designers (T. Mosca, Katerina Kvit, The Coat, Poustovit, Ksenia Schneider, Bobkova and Litkovska) and two creative artisans (Olk Manufacture and Gunia Project). The group will benefit from a dedicated space inside the Fortezza da Basso, which hosts the event.

«Exhibitors will make even more beautiful presentations than usual. There is great interest from companies to present themselves in new ways. It will be a very exciting show,» concluded Poletto.