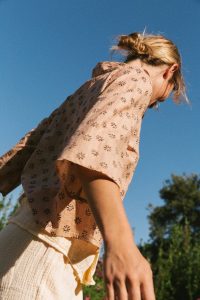 In economic terms, Natura expects to exceed its pre-pandemic figures this year. The company estimates that its sales will fall by 19 % due to the health crisis and, after closing the last fiscal year with a turnover of 96 million euros, it estimates that it will grow by between 30 and 35 % in 2022, bringing it to around 125 million euros.

From a more strategic point of view, the company wants to «raise the essence of Natura to the maximum exponent». «We were born as the chain of the five senses stores, something that was very groundbreaking at the time, and we especially want to keep in mind the optimistic and emotion-based spirit with which the brand was founded. And, of course, we want to transfer all that to the physical spaces,» Esperanza Martín, the company’s general manager, and Alba Villanueva, director of communications, explained to FashionNetwork.com.

Natura’s network of stores accounts for the vast majority of its sales (10% come from the online channel), so it is only logical that this channel should also be the focus of the company’s efforts. In the first four months of the year, the company opened four stores, including one at 122 Paseo de Gracia in Barcelona, which is precisely the embodiment of its founding spirit.

«It is a changing space where we dare to try new products, to transmit emotions and to let our creativity fly,» says Villanueva.

In addition to these four operations already completed, another ten will be added in the remainder of the year, meaning that Natura will close the year with 14 new spaces. The list includes both openings and relocations, as well as a new flagship store to be inaugurated in the second half of the year, with which Natura will launch a new commercial image. 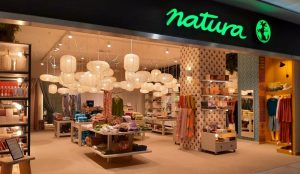 All these stores will open in Spain… except one, which will open in Italy, in a location yet to be determined. Italy, where it operates four stores, is the third international market in which the chain is present (along with Portugal, with 54 stores, and Andorra, with one).

«We opened this market in the middle of the pandemic, and the truth is that we are very happy with its performance and evolution,» says Esperanza Martín.

In this sense, the question arises as to what Natura’s next steps will be in its international strategy. «For 2022, we are not planning to enter any new country, but the idea is to continue growing outside Spain in the coming years», adds.

«Sustainability» in the DNA

Sustainability is, today, a key issue in the strategy of brands in the sector, but Natura was born with it in its DNA. «It is clear to us that, by the very fact of existing as a company, we already have an impact. Although sustainability is not measured or conceived in the same way now as it was in 1992, the fact is that the company has always had the desire to generate a tangible impact and to respect nature», the directors explain.

Since the beginning of this year, the company has been using the services of a specialized external consultant to «promote this balance between profitability and principles» and, for the past five years, has been offering sustainable products such as bamboo toothbrushes and plastic-free packaging.

In addition, in 2022, it will bring back the Natura Award, launched in 1994 to recognize the work of social and environmental projects every year. «Since it was born, this award was only stopped in 2020 and 2021 because of the pandemic. We had a thorn in our side for not having celebrated it, but this year, on our 30th anniversary, it returns with the 26th edition, and registration is already open», says the company’s general manager.