Naomi Osaka breaks the rules of the game

Naomi Osaka, the world’s highest paid athlete, with a sponsorship portfolio reaching 50 million euros a year, has severed her relationship with representation agency IMG to create her own agency, Evolve, in an unprecedented move for a top-level athlete. 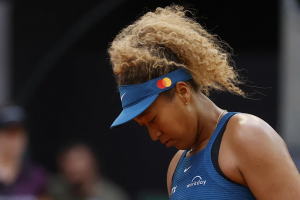 This decision is not new for other athletes, such as Roger Federer, who left IMG in 2013 to create TEAM8, but it is new for a woman. And even more so for one who is barely 24 years old, as is the case of the Japanese.

Osaka will team up with her agent of the last seven years, Stuart Duguid, in the style of what Federer did with Tony Godsick and Rafael Nadal with Carlos Costa. Both were under the umbrella of IMG before setting out on their own.

The Japanese, according to the words of her agent, does it for the ambition to expand her interests, to have business beyond tennis and to secure her future. «Naomi is not one of those people who spends her time playing video games or watching Netflix,» Duguid told the New York Times.

Osaka will also take control of her sponsorships, those that bring her some 60 million dollars a year (57 million euros) and that place her as the highest paid athlete in the world and at the height of the few who can compete in those figures with her: LeBron James, Tiger Woods, Roger Federer and Cristiano Ronaldo. She is number 12 on the Forbes list of highest paid athletes, well ahead of Serena Williams (28) and Novak Djokovic (46).

Among the brands linked to Osaka are the technology company Google, the clothing brand Lous Vuitton, Mastercard, Nike, the automotive company Nissan, the watchmaker Tag Heuer and Airbnb.

Osaka’s goal is to increase its portfolio to 150 million dollars a year (144 million euros), have more control over it and attract new talent, in the style of Federer with TEAM8, which in addition to representing the Swiss, manages the careers of Juan Martin del Potro and Cori Gauff, has had in its ranks Grigor Dimitrov and Alexander Zverev and also organizes the Laver Cup, one of the rivals of the Davis Cup.

At the same time, IMG loses an important asset, one of its major sources of income, while it is giving birth to a new star such as Carlos Alcaraz and keeping others such as Daniil Medvedev and Emma Raducanu.

Osaka’s great moment at the financial level, however, contrasts with her downturn on the court, where she has gone from being the world number two in August 2021 to fall to 78th in the ranking at the beginning of last year. A five-month hiatus after losing in the third round of the US Open, blamed on the need to recover mentally from the last few months, was to blame.

The player announced in the run-up to Roland Garros that she would not attend post-match press conferences – an obligation for players subject to fines – for mental health reasons, a fact that was not reciprocated by the Grand Slams, who fined her 15,000 dollars (14,000 euros) per failed press conference, nor by many of her teammates, who explained that attending to the press is a requirement of their job.

The current season is showing again the best Osaka, the one who won four Grand Slams and was crowned world number one -first Asian to achieve it-, and the Japanese reached less than two months ago the final of Indian Wells, where she lost to the best player of the moment, the Polish Iga Swiatek.

After an early defeat in Madrid, the world number 36 is recovering from an ankle injury and is not participating in Rome with the aim of being in tune for Roland Garros, along with Wimbledon, the Grand Slam she has yet to conquer. He has never won a tournament on clay.