We already know a little more about Kim Jones’ upcoming fashion show for Dior Men. On the eve of the show, scheduled for this Thursday, May 19 in Los Angeles, the flagship house of the LVMH group has given some more clues about the event. The show will be held at Venice Beach at 20:00 local time and will feature the men’s collection for spring 2023 and a capsule entitled «California Couture» in collaboration with Eli Russell Linnetz. 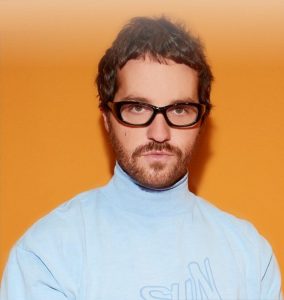 Photographer, designer and art director, this Californian all-rounder has collaborated with artists such as Kanye West and Lady Gaga, before being discovered by Rei Kawakubo and Adrian Joffe of Dover Street Market, with whom he launched the first collection of his ready-to-wear brand Erl in 2020. The young brand, considered one of the most interesting on the current scene, has also stood out this year for reaching the final of the LVMH Prize, which will be awarded next June 2 by a jury that includes, among other members, Kim Jones.

The capsule, the result of a creative dialogue between the artistic director of Dior Men and Eli Russell Linnetz, is an ode to the Californian way of life and mixes sportswear, haute couture and references to the world of skateboarding with a maximalist aesthetic of the 90s. The palette, which ranges from pastel tones to more vivid colors, is inspired by the landscapes and sunsets of Los Angeles, the house explained.

According to some of the images posted by Kim Jones on her Instagram account, the collection refers to a trip Christian Dior made to Los Angeles on April 14, 1957.

Another surprise is that, for the first time, the fashion show will be streamed live and in virtual reality on Horizon Venues, an experiential digital platform that allows Internet users to participate in exclusive events through a Meta Quest virtual reality headset and the Horizon Venues app from Meta (formerly Facebook).

The viewer will be «immersed in a digital amphitheater, surrounded by other avatars, as in a futuristic movie theater,» and will attend the parade as if they were there. The fashion show will be streamed via Facebook Live on Dior’s Facebook page and will then be available in a 360-degree replay on the Oculus TV app.