Isak Andic (Mango): «Opening on Fifth Avenue was my dream as an entrepreneur».

Usually far from the media spotlight, the figure of Isak Andic is shrouded in mystery and arouses the interest of those big businessmen who are not very fond of public appearances. The discreet founder of Mango does not make much of an appearance in front of the press and does not usually make statements. But the landing of the brand on Fifth Avenue, with a store of 2100 square meters, has been an exception. A well-deserved occasion before which the entrepreneur of Turkish origin could not and would not hide his pride and joy, in a select meeting in petit comité with various media, including FashionNetwork.com. 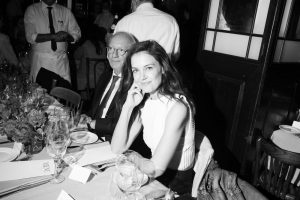 «Opening a store on Fifth Avenue was my great dream as an entrepreneur,» said the founder of Mango, when asked about the opening of his brand new flagship store in the Big Apple. Specifically, at number 711 of the well-known New York artery. A turning point in the international expansion strategy of the Catalan brand, which has involved an investment of more than 100 million euros and through which the company aims to open in the next three years about thirty outlets in the United States.

For Andic, this grand opening, which was attended by guests from all over the world and celebrities such as Katie Holmes, Veronika Heilbrunner and Camille Charrière, is just the «tip of the iceberg» of an ambitious strategy of international deployment of the company, which is also working with an eye on India. In the medium term, Mango expects this market to be among its top 5 regions in terms of turnover.

With a pleasant and friendly manner, the businessman, born in Istanbul in 1953 and from a Sephardic Hebrew family, could not hide his smile during the store’s opening event, a «milestone in the history of Mango» as defined by its top executives during the press conference that same morning, last Wednesday, May 11.

Not missing from the party were the children of the founder of the Barcelona-based company: Sarah, Judith and Jonathan. Although all three have passed through the ranks of the family business at some point in their careers, only Jonathan Andic remains involved in day-to-day management and is a member of the board of directors. Now 40 years old, the Andic’s first-born son heads the Mango Man line, as well as the interior design and construction management areas, and was executive vice president for a brief period.

Considered the richest man in Catalonia, Isak Andic amasses the fifth largest fortune in Spain, estimated by Forbes at more than 2 billion euros. Having arrived in Barcelona when he was just 16 years old, in 1972 he took his first steps in the fashion industry by selling hand-embroidered blouses in Turkey. Shortly thereafter, his business expanded into flea markets and even included several denim stores bearing his own name in Barcelona. In 1984, he founded Mango with his older brother Nahman Andic.

Passionate about skiing and travel, the entrepreneur left the company’s front line for a few months in 2009 to sail around the world on his 53-meter sailboat, the Nirvana Formentera. Five years later, he tried to make way for the new generation to take over, but the complex economic context ensured his decisive presence in the company for a few more years. At least until turning in 2018 the man who had been CFO since 2015, Toni Ruiz, into the man in charge of leading the future of his company, who later, in March 2020, was appointed CEO of the company.

«Right now, Mango has the best management team in its history,» said the company’s current non-executive chairman. Two women also stand out in the team: CFO Margarita Salvans and Elena Carasso, head of e-commerce, who led the brand to make the leap to the online business in 1999. Today, the channel represents 42% of the brand’s total turnover. 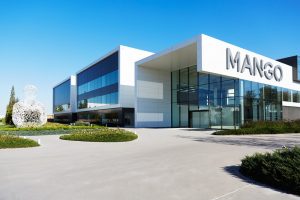 From the metaverse to cryptocurrencies

For his part, Andic remains a step back from the day-to-day operations of the company, which he attends at least once a week, but continues to be a key driver in various projects. «I firmly believe in the metaverse,» he assured by way of a statement of intent for the future of the company, which has already launched its first NFT collection and was part of the first edition of Metaverse Fashion Week in Decentraland.

On other innovation streams such as cryptocurrencies, the entrepreneur was more reticent, insisting that all his investments already have an assigned destination. «Everything I have I invest in Mango,» he sentenced.

It doesn’t sound like a bad plan. And less so considering the company’s latest results, which invoiced 2234 million euros in 2021, practically recovering pre-pandemic sales levels. For its part, the profit was the highest since 2014 and the company’s accounts are completely healthy. After having accumulated a debt of 600 million euros in 2016, in the last fiscal year it was already in negative.

At the beginning of the year, Isak Andic reorganized his holding company, Punta Na, which owns the shares of Mango’s parent company. This move was accompanied by the creation of a board of directors, chaired by Andic and including his three sons. Until then, the businessman was the sole administrator of the company and this initiative strengthens the role of the family in the company’s decision-making body, as well as guiding the future succession.