Pablo Isla has joined General Atlantic as a global advisor to the firm, a position from which he will provide strategic support and advice to the global consumer and technology investment teams and portfolio companies, with a focus on digital enablement. 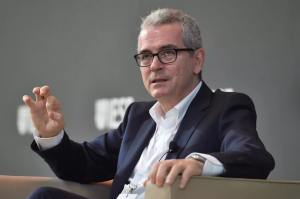 Thus, the former president of Inditex lands in the U.S. venture capital firm after leaving the company founded by Amancio Ortega on March 31 after 17 years in the same.

A few days after leaving Inditex, Isla assumed the presidency of the International Board of Trustees of IE University, a position to which he now adds his new position at General Atlantic. Isla is also a director of the multinational Nestlé and a trustee of the Amancio Ortega Foundation and the La Caixa Foundation.

«Having led some of the world’s most recognized brands through his journeys to transform operations for the digital age, Pablo is an invaluable hire for our firm and brings with him a deep understanding of consumers around the world,» noted General Atlantic Chairman and CEO Bill Ford.

«Pablo fostered a true entrepreneurial culture at Inditex. He shares General Atlantic’s belief in the importance of innovation and the power of digital adoption, with a long-term perspective on value creation. These are core areas of focus for our investment teams that partner with consumer-focused companies, and we expect Pablo’s help will help us enhance support for portfolio companies and expand our global network,» he said.

Isla, meanwhile, said it is a pleasure to join General Atlantic, a growing firm that brings real company-building capabilities to management teams around the world.

«I am looking forward to working with this new generation of entrepreneurs who are building businesses for the digital age and embracing diversity and creativity in their organizations to drive growth,» he added.