Estée Lauder incorporates Arturo Núñez to the board of directors

The Estée Lauder cosmetics group announced on Monday the election of Arturo Núñez to its board of directors, in addition to giving him a seat on the company’s Audit Committee. 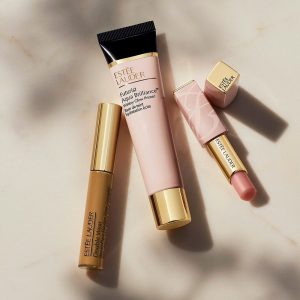 Nuñez, who has been the marketing director of Nu Holdings, a digital banking platform based in Brazil since last summer, joins the company as a class I director with a term that ends in November 2024 and takes effect from of Monday.

Before joining Nubank, he founded AIE Creative, a branding and marketing firm, and from 2014 to 2018, he was the head of Latin America marketing for Apple Inc.

Additionally, from 2007 to 2014, Nunez held various marketing positions at Nike, Inc, including Vice President of Global Basketball Marketing. Between 1999 and 2007, he held various positions in the National Basketball Association (NBA), including vice president, general manager, NBA Latin America and U. S. Hispanic.

«We welcome Arturo Núñez and are delighted to have him join our board of directors,» said William P. Lauder, CEO.

«Arturo has an impressive international business background that includes extensive consumer-facing experience, both in his current role at Nubank and in previous roles at Apple, Nike and the NBA. We hope our board will benefit from his valuable insights on creative marketing.» , modern retail, innovative technology, and consumer brand building, including connecting with diverse consumers,» he added.

With this appointment, the board of directors already has 16 directors. The Estée Lauder Group, which owns Le Labo and Tom Ford Beauty, as well as its namesake brand Estée Lauder, posted sales of $5.54 billion in the second quarter of its fiscal year, September through December.