Esprit on Friday unveiled its new «network of global business innovation and technology excellence centers,» Esprit Futura. This comes as it continues to reinvent itself and recover from a difficult period in recent years. 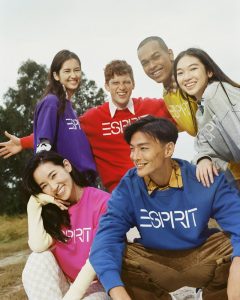 It is «a group-wide digital strategy that aims to reinvent customer engagement by turning data into insights, and drives the brand’s global expansion in line with the rapid growth of digital change in today’s fashion landscape.»

He will also be responsible for «developing new methodologies that will enable the brand to adopt new ideas to deliver innovative commercial solutions and realize its new customer-centric vision, bringing its products and unique experiences closer to consumers and wholesalers.»

These are big ambitions. But what else does this mean in practice? The network will also serve as a launch pad for collaborations «with like-minded partners and startups,» including those specializing in business operations systems optimization, as well as fashion and e-commerce technology.

The company already has some projects underway and its first physical Futura center will open in Q3 in Houthavens, which the company says is «Amsterdam’s premier green environment and a fast-growing digital playground for leading retailers.»

The Netherlands was chosen because it is «the most connected country in Europe,» and the Amsterdam center will play a key role in Esprit’s continued growth in the European market, to be followed by regional centers in Asia and the Americas.

William Pak, CEO of Esprit, said the brand sees «immense potential for innovation in Europe» and that the new center will «energize» its European operations, including its German base in Ratingen.